HIVI! GETTING AWAY THE BAD MOOD WITH ICE CREAM 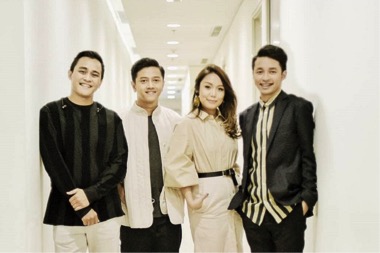 Femme.id Jakarta - Everyone have their own way to cheer up from bad situations.

Ezra told us about how he always make sure there is enough ice cream stock at their office. Then, he pointed at his friends accusing them for getting all the ice cream without him knowing. And he laughed.

HIVI! Music group which members was joined on their senior high, except for Nadhia who joined the band later as the vocalist, sang the Joyday’s jingle on the launch for the first time.

Psychologist Ayoe Sutomo said, scientifically, ice cream can be a quick fix for the mood.